Why are people afraid of blood? It's the stuff of life, and we are lost without it. Presumably it's because of the association with harm, injury and death, or major operations, for we only see it in any quantity in those scenarios. Perhaps quantity is the key: generally people are not too bothered by the sight of a paper-cut, a nosebleed or a blood test – except that many look away when it is being done. Needlephobia may be something different, though. I’ve had a lot of blood-tests in the last few years so they are very routine for me, but I always look at other patients in the room and it is clear that some of them are highly anxious. The truth of the matter is that blood tests are seldom painful; but there is a truth within that truth, which is that they are much more likely to be painful in your GP surgery than the blood test department of a hospital. No offence to GP Practice nurses who may be very experienced, but the fact is that they will do a few a day at the very most. The blood test department does hundreds every day and they simply have a higher level of skill. At the two extremes, I had a blood test at the Royal Free where I was genuinely unsure whether the needle had actually gone in or not – all I had felt was something like an itch.  On my next visit to the GP a practice nurse just couldn’t find a blood vessel in my arm to hit, with the result that what should take 3 minutes took 15 and left an arm that looked like a junkie’s.

Blood in quantity, blood flowing, blood from serious and clearly painful injury are a different matter, I think. This is much more likely to be traumatic and the reaction of recoil and disgust tap into some really primeval emotions and instinctive patterns of behaviour which are very persuasive and hard to resist. Flight, that is, leaving the scene, is one of them. There is a whole field of Social Psychology known as ‘bystander intervention’ or 'bystander apathy' which looks at the factors which influence whether people help or ‘look the other way’ in emergency situations. Broadly this suggests that there are more factors which inhibit helping behaviour than encourage it – though of course many people will overcome these constraints and offer help.

Sometimes you can’t, because you are prevented from doing so. When I was 9 we went to North Wales on holiday. On the A5 beyond Shrewsbury we encountered a slow-moving tailback which after a couple of miles passed a serious accident: a truck had hit a minibus head-on. It was absolute carnage with several badly injured or dead people lying on the ground. My father told us not to look, but I did. He was right: it was an indelible image. It was raw because the paramedics had not yet arrived, though the police had and were waving traffic past as quickly as possible. Theoretically my father could have helped, having some medical knowledge, but he wasn’t allowed to do so by the police, just waved on. Looking back on it, in his shoes I would have been inclined to offer help, and been privately relieved not to have to. It was an absolute horror show and you wouldn’t have a clue where to start (not having the necessary knowledge or skills is one of the biggest inhibitors of helping behaviour).

Three years later, one afternoon in the summer holidays, I went to Grovelands Park, Southgate, with some mates from school. We wanted to have a couple of rounds of pitch and putt. Two guys, in their 20s, got to the office just before us and so they went off first. It was about 2 in the afternoon, and it looked like they may have spent some time in the pub first. One of them set up his ball on the tee, had done a few practice swings. The other was standing diagonally behind him at what he thought was a safe distance. The first one brought his club back, brought it down and smacked the ball very hard, and on the follow through with the club over his shoulder, hit his friend full in the mouth with the club head. The guy grabbed his face, screamed with pain and instantly poured blood and spat out teeth, then fell over backwards. There was actually very little we could do – so we just looked after him and tried to comfort him while his mate went to call for an ambulance. It occurs to me now, although this was not a fatal injury, how many lives have been saved by the advent of the mobile phone? 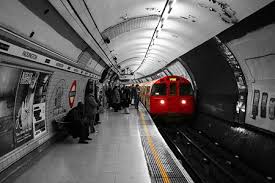 I was involved in a further emergency situation much more recently, one that involved a scenario which would be everybody’s nightmare. I had finished lecturing for the day and made my way to the Bakerloo Line northbound platform at Oxford Circus tube station. I was reading the Standard, minding my own business, as they say, when the train came in. If you are of a squeamish disposition it would be better to stop reading this point. I was trying to finish what I was reading as the train was slowing to a halt, but I became aware of a disturbance of the crowd on the platform, the sound of gasps, whimpers, low-level screams and of people drawing back from the platform edge, the crowd parting to reveal that the train was a dragging a man along the platform, with one leg caught underneath it. That was bad enough, but as the train stopped the man was able to pull himself away, further onto the platform, and revealed the really horrendous sight of a bloody leg which had been severed a few inches below the knee. It looked just like a leg of lamb in a butcher’s window, only with shattered bones not neatly cut ones.

At this point there was some hysteria. A lot of people left the scene as quickly as they could, in fact most people did that. I couldn’t, for two reasons (or I probably would have, the situation was so overwhelmingly difficult and horrible).   Firstly, with supreme irony, I had just been lecturing to my second year students on Bystander Intervention in emergencies – or lack of it. Secondly. The train had not just dumped him on the platform, it had dumped him literally at my feet; I was by far the nearest person to him. It was almost as though God, to punish me for my years of atheism, had said “Right mate, you tell your students what they should do in emergencies, let’s see what you do, so sort it out! Yes you”

What to do? Haven’t a f*cking clue. Panic and freeze. Get the idea of using the station intercom to get help. Damn. Someone’s doing it already. Stare, transfixed, at the man’s leg, see he’s still losing a lot of blood, can’t see what I could use as a tourniquet, nor how to get one on him, given his overcoat, trousers etc. Suddenly remember A-level Zoology (so have only waited 40 years for it to come in useful in any way at all) – isn’t there a big ‘femoral artery’ which is fairly near the surface near the groin? Get toe of boot in there fairly hard. Almost as soon as I had, the cavalry arrived, and the paramedics unceremoniously bundled me off the victim and upstairs. They have closed off Oxford St and Regent St to bring down the Virgin Air Ambulance which has paralysed the whole of the West End in the rush hour, so it promptly takes off again without him. Priorities. Ambulance takes him to St. George's (Middlesex Hospital 300m away no longer has A&E...). He survived but lost the rest of that leg. All my subsequent lectures on bystander intervention were rather more vivid and heartfelt than before. 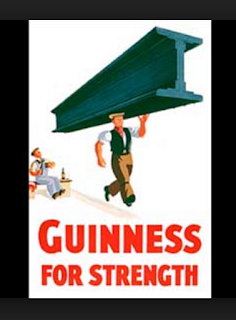 Recent  research has shown that some
advertisements may not be true


Others may be a slight exaggeration 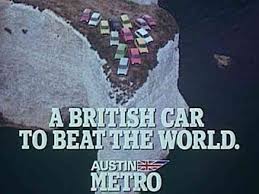 Why does this picture remind us of lemmings prepared to throw themselves off a cliff? Nothing to do with that fine little car which has given so many District Nurses sterling service, obviously.

On Have I Got News for You on Friday night it was reported that, as claimed, David Cameron's Mum had indeed given him a gift of £200,000, but it was important to stress that this was for both Birthday AND Christmas... 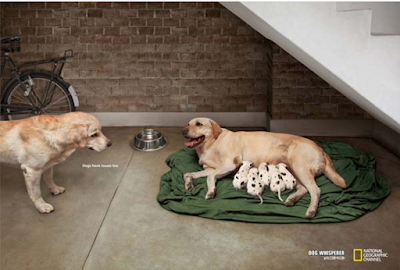 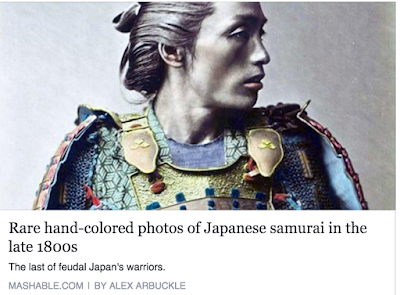 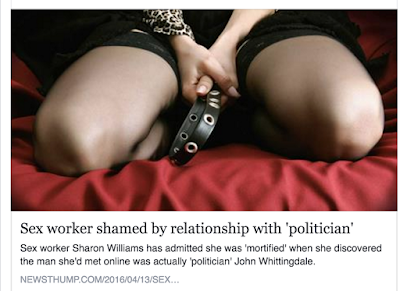 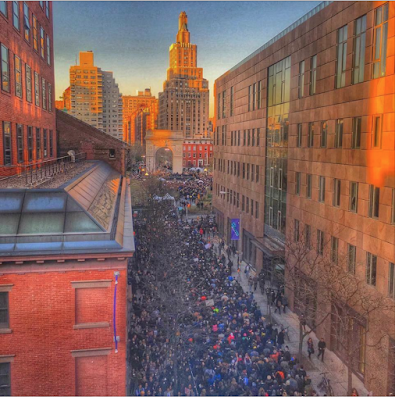 What a beautiful image: the throng of people trying to get in to Washington Square Park, which is already packed tight, to hear Bernie Sanders speak; and the glorious colour that the sun gives the buildings as it heads off for the night.

IF GATES HAD SPELLCHECK..... 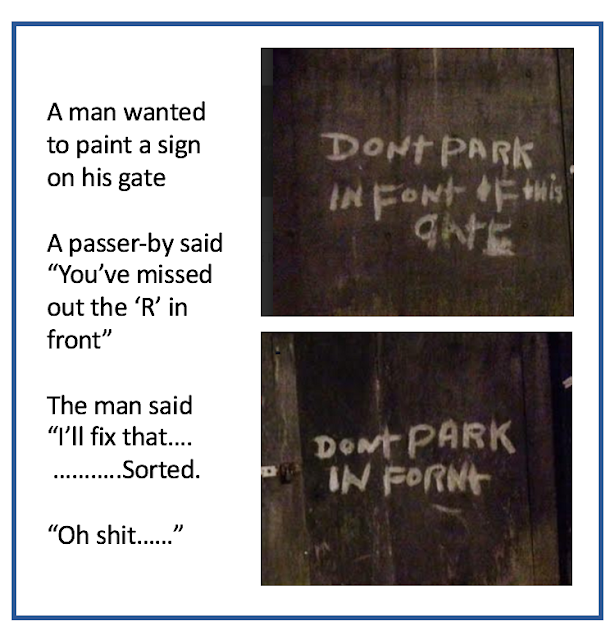