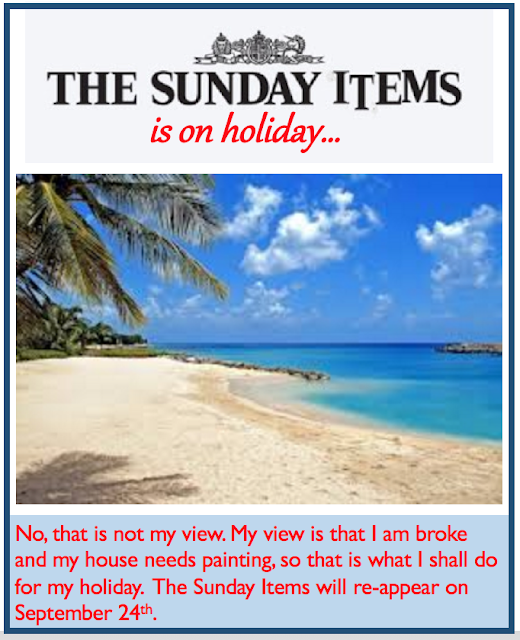 As a holiday, house-painting has its virtues: travel costs are negligible, accommodation virtually free and you are surrounded by friendly faces. There is total control of the menu, meal-times, sleeping hours and daytime activities and any mistakes in packing clothes can be quickly rectified. Besides, house-painting itself is a noble and enjoyable activity, witness Mr A. Einstein, who was a dab hand with an emulsion brush, and Mr A.Hitler, who did it for a living before his more ambitious travel plans were conceived.

The Sunday Items will return on Sunday 24th September.

Oh, alright then, here's a film review to be going on with:

DAVID BRENT - ON THE ROAD AGAIN 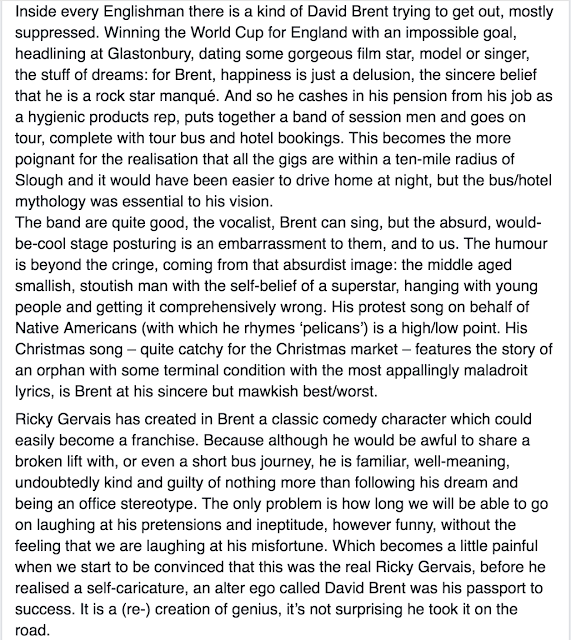 Posted by David Milner at 22:58 No comments:

Our proprietor, Mr Rupert Merdeok, would like to apologise for the appallingly tasteless post the Editor filed from the Ashmolean Museum this week. He has been warned as to his future conduct and has undertaken to produce an edition entirely devoted to cuddly animals, celebrity gossip, overpaid sports stars and some boobs (see Page 3), like its popular stablemate in the Nudes International family.

Our first family dog was called Jones (please don’t ask why, it’s libellous). She was female: to call her a bitch would be so wrong.

Jones was the most extrovert member of a litter of puppies bred by our friends DG and GL. The mother was the beloved Hera; the father was a dog in the park who got lucky. Jones came towards us when we went to view the litter, while the others cowered. We took that to mean she was picking us. That night she wouldn’t settle in our house: rather than have her wake our son Daniel (she was a surprise present for him) I slept downstairs on the sofa. Somehow she scaled this peak, and found a niche between my shoulder and cheek where she slept soundly. The bond that was established that night lasted for 15 years. 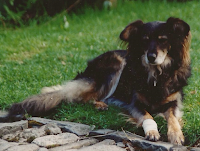 She was the perfect family dog; good with children, loving and loyal, generally well-behaved. The only exception to this was when she had a phantom pregnancy and excavated a large, deep hole in the Chesterfield sofa in order to create a very material nest for her phantom puppies. My wife had to be physically restrained from driving her directly to the vet for a lethal injection, a journey powered by all the empathic regret of Dr Mengele.

However, she redeemed herself (the dog, that is). A couple of years later I was walking her in Finsbury Park when I noticed that she wouldn’t come away from a litter bin. This was a common problem because there was a KFC near the gates of the park and people used to dump their chicken bones in the bins. When Jones steadfastly refused to leave the bin I went to investigate. In the middle of the rubbish was a tiny abandoned kitten probably around 4-5 days old. Well, everybody likes kittens, even people who don’t like cats very much, so I took the kitten home inside my jacket, secure in the knowledge that M downstairs would look after it, because she loved cats. Sadly, there was no room at the inn, and as soon as my kids saw the kitten, they weren’t going to be surrendering it to some other foster home. She was named ‘Kentucky’ for a reason that now escapes me.

When something new, small and alive comes into the household, dogs are usually a bit miffed. Accordingly, Jones gave Kentucky a wide berth for the first few hours. Eventually curiosity triumphed and Jones went to give her a good sniff, closely watched by us, in case a good sniff turned into a good meal – after all, they are pretty much programmed to fight each other and Kentucky must have looked quite edible. Then Jones started gently licking her, cleaning her up, including licking her bum. Yuk, Dad, she’s licking her……you know..

In the next few days, Jones groomed Kentucky constantly. The kitten snuggled up to her and slept with her at night in the dog-basket. We supplied food, first with an eye-dropper and later with a baby’s bottle. But Jones had a surprise in store which we never would have anticipated. From a distance I noted that the current arrangement of dog and kitten seemed a bit different, and Kentucky’s head was moving up and down. I tiptoed over and confirmed what I was suspecting: 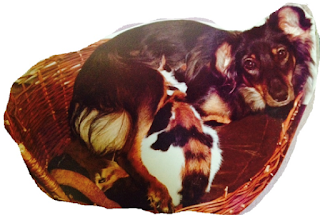 Jones’s teats were well swollen, and Kentucky was blissfully suckling away on the milk of another species. Jones’s contribution was even more impressive: she had suppressed the species imperative to fight and kill this intruder and had produced the whole range of maternal behaviours necessary to keep it alive. Or maybe she just had bad eyesight and thought it was a puppy.

A couple of months later my wife was in hospital after the birth of our daughter. On her bedside she had some photographs including one I had taken of the dog-cat feed-in. The breast-feeding consultant stopped by, noticed the photo, and asked if there was any way she could have a copy. “I want to use it with my mums who are having problems” she said, “Its perfect...the perfect evidence that anyone can feed anyone, if they want to and try and have patience.” So there were lots of London mums who were helped with a problem which can be so difficult and threatening at a vulnerable time, courtesy of Jones. Well done that dog. Give her a medal. OM, Order of Milk.  Such a good mother I think she might have been Jewish.

In Snowdonia, at the bottom of the the Llanberis Pass is a small village called Beddgelert: ‘Bedd’ being the Welsh word for grave and Gelert deriving from the Welsh name ‘Gelert’. Gelert was a dog and this is where he was buried. It may seem odd to build a village at the site of a dog’s grave and for it to become a tourist attraction, but there you are: the Welsh have their reasons. The Tourist Guide explains:

A short walk south of the village, following the footpath along the banks of the Glaslyn leads to Beddgelert's most famous historical feature; 'Gelert's Grave'. According to the legend on the, the stone monument in the field marks the resting place of 'Gelert', the faithful hound of the medieval Welsh Prince Llewelyn the Great.

I hope you find my translation from the original Welsh helpful:


"In the 13th century Llewelyn, prince of North Wales,
had a palace at Beddgelert. One day he went hunting
without Gelert, ‘The Faithful Hound’, who was
unaccountably absent.

On Llewelyn's return the truant, stained and smeared
with blood, joyfully sprang to meet his master. The prince
alarmed hastened to find his son, and saw the infant's cot
empty, the bedclothes and floor covered with blood.

The frantic father plunged his sword into the hound's side,
thinking it had killed his heir. The dog's dying yell was
answered by a child's cry.

Llewelyn searched and discovered his boy unharmed, but nearby lay the body of a mighty wolf which Gelert had slain. The prince filled with remorse is said never to have smiled again. He buried Gelert here".

Well, you know what they say, 'no good deed goes unpunished', but this is a bit extreme.

PS  I have searched the atlas and the OS maps of Wales and cannot find a village called Beddkitty. Just Saying.

It follows that politicians love pets:  pets are odedient, pliable, gullible, unswervingly loyal, and don’t argue or heckle, pretty much the ideal constituents. Harold Wilson had Paddy, a golden labrador, David Blunkett  had his guide dog, Sadie, everyone had the Downing Street cats, Humphrey, Sybil, Larry and Freya, and even Thatcher had Denis, a poodle. And then there was Ken Livingstone: he gained notoriety for keeping lizards as pets, a perverse kind of choice and yet one which somehow suited the man. 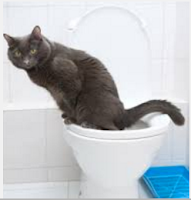 If you don’t have a cat then you know something that many cat-owners don’t seem to know: cat litter-trays absolutely stink unless they are changed frequently. This is objectionable, it’s like having an open sewer flowing through your front room. Ammonia is a very powerful smell and cat faeces are not fragrant either. Why do the owners not notice it? We notice it when it hits us like a wall when we enter the house.It's to do with the nature of olfaction (smell). Smelling operates most powerfully when there is a sharp difference, as when we enter a smelly room.  Occupants already there have acclimatised and don't register it until there is a marked change, or a visitor puts on a surgical mask.

Cat’s should be taught to use the lavatory (it’s possible, I’ve seen it on YouTube) or put out the door and left to use their legendary abilities to bury faeces and find their way home. Most people  don’t socialise in public lavatories (excepting 80s pop stars), so don’t let your sitting room smell like one. 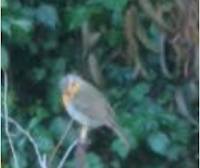 'Mr Hood' is our friendly neighbourhood robin. He got the name
because (a) he is a socialist robin (i.e. Red robin) who takes worms
from the rich and gives them to the poor, like his namesake, Robin
of Sherwood; (b) within the robin community he is quite a cool dude so he is also known as Robin in the ‘hood. We have no idea about a wife or children, though suppose that he has both from the quantities of food he takes away. It is too much to hope that if he has male offspring, one of them is called 'Crusoe', as in  'Robin's son Crusoe. He is exceptionally brave and friendly and often watches me when I’m working in the garden, as he looks for a takeaway of grubs. Is this the etymology of lovely grub? All the attention from local residents (he’s a bit of a slag and flirts with everyone) has gone to his head and he’s now collecting white cotton wool to drape over my spade for a photoshoot with Hallmark Cards for Christmas. 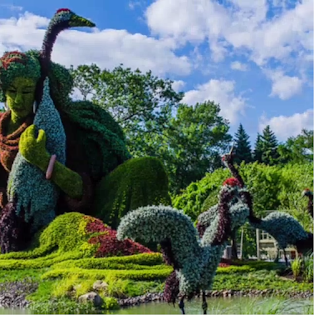 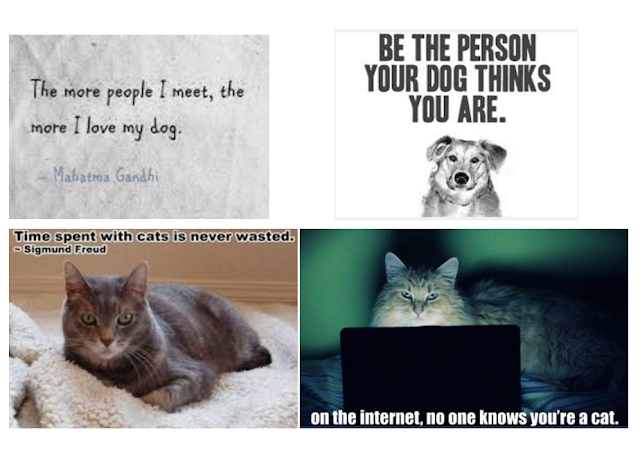 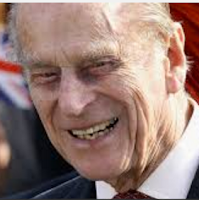 The Duke of Edinburgh, talking to British exchange students in Xian, China, said "If you stay here much longer, you will go home with slitty eyes."

To survivors of the Lockerbie bombing he told them: "People usually say that after a fire it is water damage that is the worst. We are still drying out Windsor Castle."

CAT STEVENS:  I LOVE MY DOG

Posted by David Milner at 22:32 No comments: