The Eleven+ was the Becher’s Brook of the British Education System: many fell, some were destroyed. It was supposed to be the means by which children were allocated to schools appropriate to their abilities, determined by exams in maths, English and an IQ test. These were not schools which were simply better or worse, they were qualitatively different: the grammar schools would be the natural destination of the children of the middle classes, preparing them for academic, professional, executive, administrative and similar occupations, roughly the top 20% of the social spectrum. And the secondary modern schools were created for The Rest, the children of the lumpenproletariat, who would labour in the fields and factories after receiving a more technical and vocational education. To call the system Latin vs Metalwork would be an exaggeration. To describe it as the near-perfect mechanism for the reproduction of the British Class System into the indefinite future would not be. One of the architects of the process was the most famous British psychologist Sir Cyril Burt. A conservative, a reactionary and a eugenicist, Burt believed in the inheritance of intelligence and its correlation with social class. After he died it transpired that he had fabricated the data to support these arguments, and campaigned for an education system that embodied them. Thus the British secondary education system was founded upon a series of lies which relegated millions of children to schools which limited their life-chances. Burt was like Psychology’s Harold Shipman, but instead of murdering patients Burt simply maimed children by forcing them into his template, constricting their lives with his ideology. Psychology should hang its head in shame at having given birth to him, lionised him and then lacked the courage to pursue him with the necessary vigour when his data reeked of falsity and political bias. Burt was responsible for more damage to the lives of British children than Jimmy Savile. 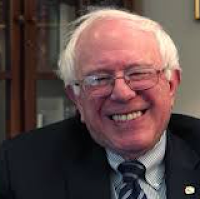 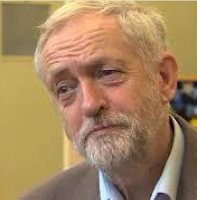 I have this image which has stuck in my mind, and it won’t go away because there is something
about it which is so right: the image of Jeremy and Bernie as two comprehensive school teachers,
sitting in the staffroom, in the corner where they always sit, every break, have done for years. Jeremy
eats a ginger nut biscuit, Bernie a digestive. They both have a mug of Gold Blend with a sweetener in it.
In the morning break they discuss the news and current affairs, at lunchtime they do the Guardian
crossword, over packed lunches. Sometimes they exchange a sandwich. They look forward to
retirement: Jeremy will walk the length of the Pennine Way, Bernie plans to keep bees.

Their colleagues have a deep admiration for them, Old School or not. Maybe they don’t use PowerPoint,
but they are Proper Teachers, can hold their pupils’ interest, stimulate them and will always be
remembered by them. Their pupils love and respect them for their kindness, their knowledge and above
all, their honesty. They work very hard, write a lot on the pupils’ work and will always find them the time
to talk – about anything. The children confide in them, like nobody else.

In other words, they are immensely professional, competent and humane teachers who care for their
constituency, will go to great lengths and personal cost to support and enrich it, while earning less in a
year than many professional sports stars earn in a week. Lovely blokes who give so much more than
they receive and try to improve the lives of others.

The success of Bernie in the US, and Jeremy in the UK is a welcome coincidence. By chance, they
have emerged at the same time. As any Cabinet Minister or Republican will tell you, their successes
are unrelated and have nothing to do with electoral revolt amongst liberals in both countries and the
politicians’ failure to reflect their views. Neither are they caused by despair at the nature of contemporary
society, driven by highly ideological financial policy, widening inequality and the slow erosion of rights,
education, welfare and health services, all sacrificed to ideology, and to the god of consumerism.
Obviously, it’s just one of those coincidences.

My abiding image is just a fantasy: we couldn’t have idealists like these two running our countries,
could we? 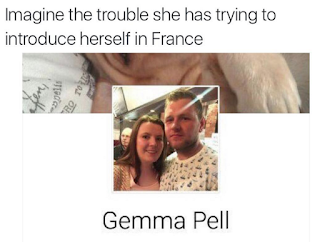 Jack and Jill went up the hill
To fetch a pail of water
The Duke's men marched all over them
And there was awful slaughter.


And for no particular reason some images which appealed, this week: 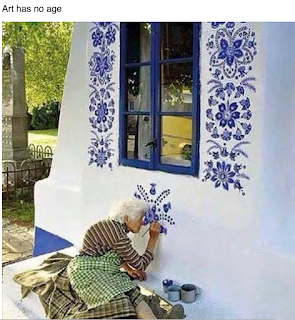 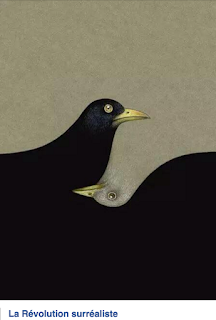 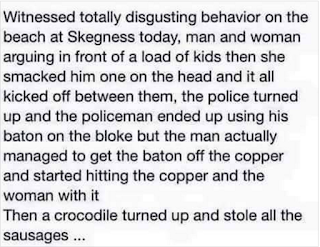 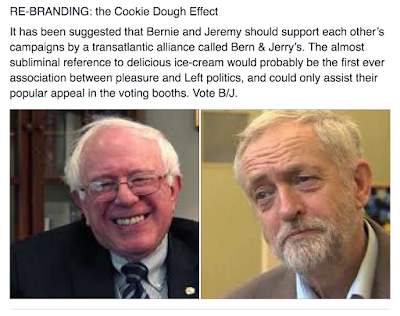 Three paintings by Peter Swan, my friend, former landlord and one of the reasons that Bristol is such a good place to live. Many many more works to be seen at www.peterswanrwa.blogspot.com 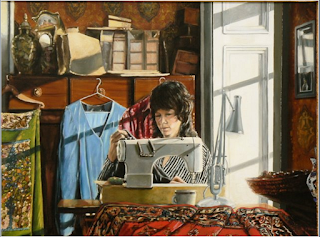 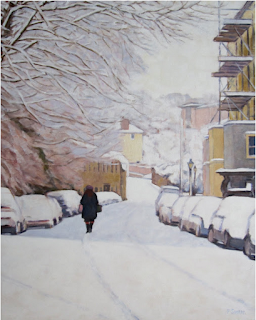 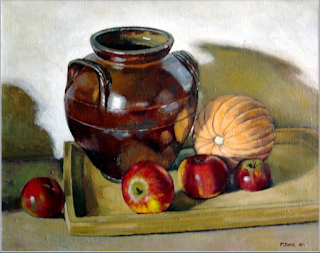 ON THURSDAY we had a great evening with a family of four Swedes and I
felt like a turnip.  Aged 16 – 45 (I’m guessing) they all spoke extraordinarily
good English –  such that their grammar, vocabulary, articulacy, even accent,
would be envied by many native English speakers. My Swedish is restricted
to Hej! and hamburgare but that’s another story (see FESS  #32).
On the way home I remembered I had written a piece for Facebook some
time ago, on this very topic: 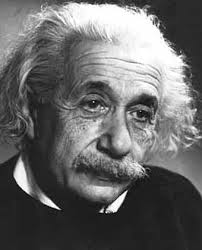 If I had known what they would do with my work I would have rather been a plumber.