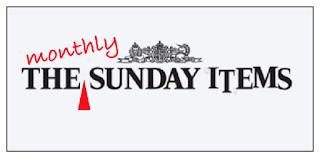 Over the years I’d been to many outdoor concerts, from Stones in the Park (1967) through Dylan/Clapton,/UB40 at Blackbushe Airport (1978) to  Paul Simon’s Gracelands revival  (2012), not to mention Subo at Bannockburn (I made that up), but never a festival. So, 4 years ago I figured I should cross that off my bucket list by taking my youngest to Latitude, at the bargain price of £500 for 4 days, all in. it would just be like a very long outdoor concert + camping (i.e serial squalor, of landfill proportions). I could do that. And so it turned out: Nice crowd, lots of families,  a bit like CND Aldermaston marches only without the snow and the exercise. OK, so there’s a certain amount of Guardiana to tolerate: fifty shades of Green, cycling and recycling, salad sandwiches and tofuburgers, which is a good thing, for other people, but bacon and sausages are the first items on my camping shopping list. There seemed to be quite a number of teenage boys who were definitely a work in progress, yearning for the huge number of teenage girls that are just that much further ahead on the evolutionary scale. And the girls are all in uniform: hard to describe exactly, I don’t have the vocabulary, but think denim shorts that are very short indeed, and some kind of t-shirt or top, and a little trilby or bowler with a garland of small flowers, garnered from the shop, not gathered from the hedgerow.  It looks like Topshop meets Indie, or the Boy George production of A Midsummer Night’s Dream.  And then were a few old hippies, some of whom were in Period Costume (the same clothes they wore in 1967); I thought they’d disappeared in a smoke of puff around 1975. Their newly-minted offspring are carbon(free) copies. The girls dance/skip instead of walking, like in infant school, while the guys concentrate on growing a sparse beard. Sweet though.
The music’s fine, but you can hear it from everywhere so you might as well do something else at the same time. I particularly liked First Aid Kit, and Lily Allen but she would have been better if she could stop herself from giggling and making inane comments between songs. She’s great but just a bit self-indulgent. Damon Allbran was a waste of space. My 1959 group was better than him, despite having to share one guitar. Chrissie Hynde was Chrissie Hynde but I like Chrissie Hynde, so that was OK. HAIM were good but don’t really ring my bell (they’d probably shoot themselves if they did) and did far too much posey rock-talk between numbers. Better to do what you do well than strike rockstar attitudes, or attempt knowing humour.
I watched a lot of stand-up and thought Trevor Noah and Katherine Ryan were great and Josh Widdecombe is better live than on TV. I’ve warmed to him now I’ve seen that he makes me look as tall as Peter Crouch. The other stand-ups call him The Hobbit, which is wrong on a number of levels, but if such kind, restrained and sensitive souls as them are moved to cruelty, he must be minute. And so it transpires. Though head and shoulders above Warwick Davis.
Pleasant surprise: flock of colour-washed sheep, unless they were wearing sweaters. Anyway, nice subtle Liberty print colours. Also the simply vast number of tents stretching off to the horizons, all packed tightly together, looking like an invasion of giant interplanetary woodlice, having a feeding frenzy. Poor Southwold, just up the road, shortly to be consumed by creatures like biblical locusts. What have they done to deserve this? I’m coming to that.
I’m not going to dish the dirt on my daughter’s main misdemeanour at Latitude. Just see if you can put together the following elements into a credible story:  23.00 hrs,  Damon Allbran gig. Forked lightning, thunderous thunder, torrential rain, old man soaked to skin and beyond, somebody misses meeting time, no texts or phone calls, Missing Persons alerted, two hour search, fairly high levels of anxiety, resolution to keep child on a long lead in future or some of those play-reins for toddlers. Jury still out on execution or eviction. (here’s a clue: I was not the Missing Person).
Wrote this in Southwold, lovely old seaside town just down the road from Festival. I was there for some R&R after the rigours of Find the Lady the previous night. It’s the place with the palette of brightly painted beach huts you see on postcards and posters.  It has everything you want: a pier, a lighthouse, putting green, cannons (probably pointed at Brussels) and immaculately-painted houses, as though there’s a local ordinance requiring annual repainting or stoning to death, your choice. The beach is pebble, though it was probably once sand, and has been covered with stone to prevent unseemly noisy games and other kinds of enjoyment.  But what would stop me from living here is the frantic level of social life and activity that would just cause burnout in a matter of months. For example: on the way in I saw signs for for The Model Railway exhibition, the Suffolk day dog show and the Maize Maze (don’t ask, but surely a huge number of corn cobs must be involved), and the very intriguing Pea Festival. All this on the same day. This is particularly concerning when you realise that the average age of the population is 79.5 and not up to that level of excitement. Maybe they don’t have individual care-homes, it’s a care-town.
There is a Costa with wi-fi  but it doesn’t feel quite right: fibre optic broadband and Southwold feels like Kim Kardashian trying to do Shakespeare. They are out of time, they don’t mix. I saw two elderly residents looking in the window of the Costa, with crooked fingers and synchronised scowls, shocking themselves pointing out young people doing imaginary drug deals and sexual things.


Southwold has no supermarket, retail park, cinema, night club and I forgot to mention, no black people, brown people, other Asian people, no Polish or Russian people (other nationalities are not available), no Polish delicatessen, Greek restaurant or kebab. Southwold has completely missed out on the multicultural society, perhaps not by accident. I didn’t actually see any burning crosses on front lawns but then I didn’t venture into the badlands.  Southwold is beautiful and boring. It’s bland UKIPland.  Where people reassure themselves and each other that they share the same fears, of immigrants. Immigrants like my grandparents, who came for a better life, not benefits, and in return contributed a doctor, two pharmacists and two teachers to the society. And immigrants like those dodgy Poles and unreliable West Indians whose fathers laid down their lives fighting for the Allies in the War, with great distinction. And what, ironically, was that conflict all about? Wasn’t it something about racism, and prejudice and preventing the persecution of racial, national, religious minorities? We were trying to rid Europe of those sores, not spread them. Of course, most UKIP members are not Nazis. But keep a lookout for the KuKipKlan. I believe Nick Griffin of the BNP came from here. Surprise.

The killing of Rashan Charles in Hackney, apparently while under police 'restraint' (surely the most ironic term in contemporary usage) is not the first of its kind, nor is it likely to be the last. The following piece from last year has been recycled because of its current relevance.

"Hands Up! Apparently, the universal signal of surrender, of passivity, and, more pertinently, of ‘I’m unarmed and even if I were carrying a weapon I couldn’t reach it with my hands in the air – is no longer operative, no longer a guarantee of the person’s safety. Tulsa Policemen ignored the fact that Terence Crutcher did this, offered no resistance, or threat, and shot him anyway. Let’s not mince words, they murdered him in cold blood. Why? Who knows?

Within institutions whose officers are armed, whether civil or military, there will always be those who are drawn to the idea of legitimised violence, who are drawn to the idea of wielding power over the lives or deaths of others, with the blessing of the State. Some of those may be psychopaths. Others will be classic authoritarians with a high investment in the status quo and the maintenance of different groups in their ‘proper’ place in society. Others still, will be racist bigots, either for reasons of these personality factors or more often because they have been raised by more or less racist parents in communities where racism is the norm.

We have formerly given our police forces the benefit of the doubt: that these officers are outnumbered by ordinary decent officers, doing public service, often under great difficulties, with courage and responsibility. The murder of Terence Crutcher and the increasing number of shootings of black people in the US and the UK, not to mention the highly suspicious deaths in police custody, from Sean Rigg onwards, will perhaps be some kind of watershed. Video of a passive, unthreatening, unarmed black man with his arms up, being killed for no reason: it’s way beyond outrageous, it is utterly obscene.  By the same token, while much less serious, the clip of the policeman’s frenzied attack on the British black guy’s car windscreen when he wouldn’t get out, shows an officer who has completely lost it. It seems very unlikely that the victim would still be in one piece if he had emerged from the car into the officer’s red mist.

It is time to end the mealy-mouthed apologies and specious rationalisations of Chief Constables and PRs wheeled in to smooth things over with the public: ‘the officer thought the man had a gun; thought he constituted a threat’. Evidence? Evidence of arms, evidence of intent not anxious surmise, so shoot first just to be on the safe side.

Any one of these awful incidents may be explained away. But cumulatively they add up to a picture of policemen on both sides of the Atlantic literally ‘jumping the gun’, through prejudice, through fear, or simply a knee-jerk, reflex reaction that is becoming more and more common, the first not the last resort.  If you or I do serious wrong, we go to jail. It is looking as though the police effectively have a special immunity, and it is only when that privilege is removed and policemen are jailed for these killings that any notion of justice – and public confidence - will be restored, or the killings stopped. 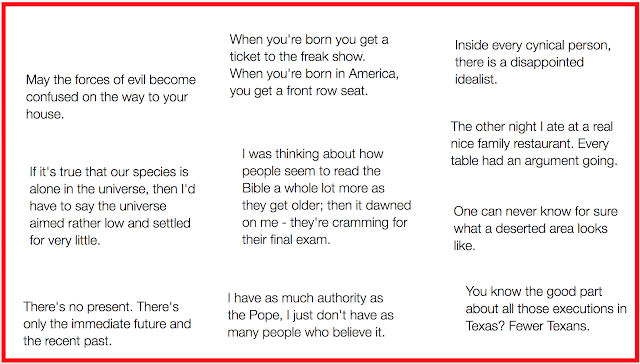 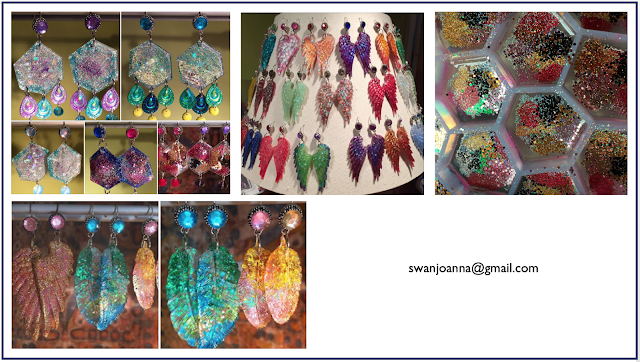 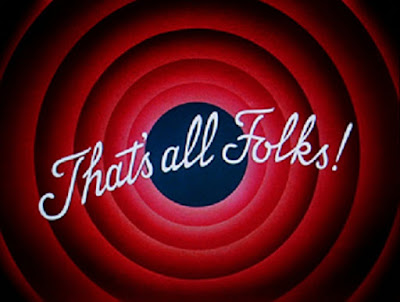 Posted by David Milner at 00:03 No comments: