A couple of weeks ago I discovered that painting the outside of a house is just as boring as painting the inside. Who knew? This, despite the fact that you are out in the fresh air, and cheery neighbours pass by and say idiotic things to amuse you and lighten your task, like “you’ll have to move that ladder back again, there’s a big area you’ve missed” – “Yes, very good, we call it a window”, I reply, delivered with hidden reserves of corrosive sarcasm, that even I never knew I possessed. It’s well-meaning, of course. My new, very nice next door neighbour saw me carrying some heavy paving slabs, offered to help me or carry them himself. He said, ”You really work very hard don’t you: I’m not being funny but should you really be doing all this…(in unspoken parentheses: at your age, in your condition, with your health record). I reassured him: “It’s OK, thanks. Anyway, I’d rather die from a quick heart attack while grafting too hard, than in a wet nappy at a ‘care’ home, babbling.” “You’ve got a point", he said. I am convinced that many people give up and become old too early, and that activity is the key to life now.

Anyway, for relief from tedious work there’s always Radio 4, that National Treasure which leaves you in no doubt that you wouldn’t be listening to it if you weren’t middle class. And not in the first flush of youth, either. But it is a wonderful distraction during manual tasks - except when, at the top of a ladder, part-hypnotised by Melvyn Bragg’s nasal tones (like a stoned bee), you decide to take a step back to admire your work…I’ve never done it, but oh so nearly. Radio 4 has a kind of curriculum which constantly teaches you, with pleasure, things you didn’t know, things you’d like to know about, and things you may have forgotten or missed at the time. Recently an anecdote was broadcast which was completely new to me, though I knew of each of the characters involved.

Do you remember “Double Your Money”? It was an ITV quiz show in the late 50s in which the contestants had to answer general knowledge questions. Starting with the £1 question, the prize money doubled every time, up to £1000, and you don’t need a doctorate in maths to see that there was some tampering with the doubling-up process. The highest-value questions were answered in an illuminated soundproof booth, to prevent cheating and heighten the drama. The compere was the slick, mouthy, American-style, Hughie Green who later found more fame and popularity with Opportunity Knocks. This popularity did not extend to his family. After he died, his daughter described him as a 'monster', and his son was even more explicit in calling him a 'shit', an 'abusive drunk' and a 'serial womaniser', one episode of which produced Paula Yates (later to marry Bob Geldof). Nice guy. 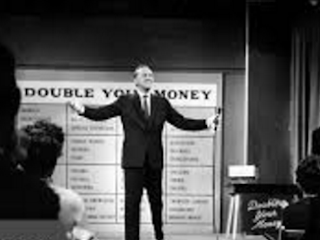 In 1959, Double Your Money starred an unlikely contestant, already famous in another field, and from a profession not often associated with knowledge, general or otherwise: football. For some reason the young Bobby Charlton put himself forward, which was very odd because he was extremely shy at that point in his life. Nevertheless he did very well and sailed through the early questions, though clearly found it stressful. This increased as the prize-money grew. Finally he got through to the Jackpot question, and then an extraordinary thing happened: he refused to go into the soundproof booth. He was adamant and the compere was nonplussed. The producer was called and he ruled that he could answer the question with headphones on. Charlton, clearly still distressed, answered the question right and won £1000 (over £16,000 at today’s prices). He bought his Dad an Austin car with it. 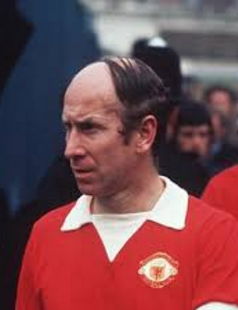 What caused him to refuse at the final fence: he had suffered from claustrophobia since the Munich air disaster the previous year which killed 7 of his team-mates and ended the careers of others through terrible injuries. Having been trapped Charlton was pulled from the burning plane, concussed but virtually unharmed.

As it was another two years before the footballers' maximum wage was abolished, Charlton would have been on £20 per week, so his Double Your Money jackpot prize money was equivalent to a year’s salary.

I wonder if any of today’s top footballers would spend a year’s salary on a present for their Dad? Probably not, because there aren’t any cars which cost £5million. 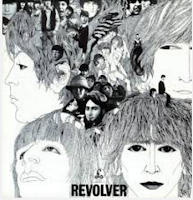 You may not have realised that this is the 50th anniversary of the issue of Revolver, The Beatles' sixth album, which some argue was their best. 'For No-one' was a stand-out track, not only because of the innovative use of a French Horn in chart music but also because 'it is built upon a descending scale progression with a refrain that modulates to the supertonic minor.' But you knew that.
(thank you Wiki, you're making me look quite musicological here).

'BABY ON BOARD' SIGNS IN CARS: what are they for? They tell us...

1) They've had a baby. Well, that's very ingenious, whatever next?
2) They love their baby. There's unusual, isn't it (as the Welsh say)
3) They want to celebrate the fact. Fine, who wouldn't?
4) They feel you should know about it, because it has implications for
your driving, that you should take extra care...
5) Without this warning you might drive as recklessly as you normally do,
drunk, stoned, on your mobile, one hand on the wheel, and laughing at the
Highway Code and speed limits because you've got a mere child, teenager,
elderly relative or next door neighbour 'on board', who have no value.
6) And as for 'Princess on board', well whose fault is that?

"My biggest frustration so far is the fact that this society has not been
willing to take some basic steps to keep guns out of the hands of people
who can do just unbelievable damage. We're the only developed country
on Earth where this happens. ... And it happens once a week."

"I want to especially thank all the members who took a break from their
exhausting schedule of not passing any laws to be here tonight." 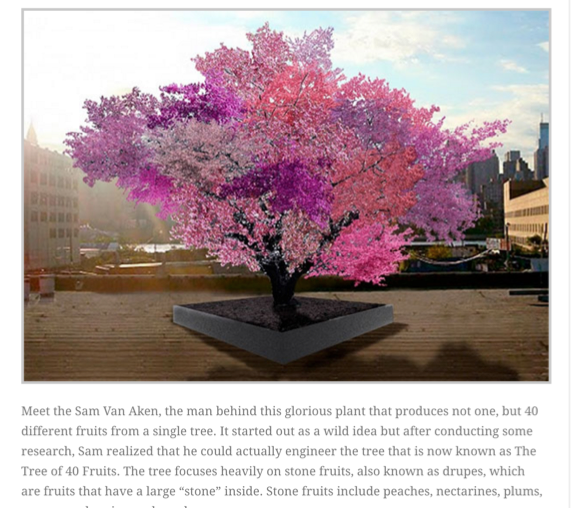 After Dallas I wrote an FB piece on police/community relations in the US and their potential for igniting civil conflict between the races. It was not 'liked' very much, possibly because of its dire and dramatic predictions. The murders of Kevin Scott in Charlotte, N.C. and Terence Crutcher in Tulsa this week have ratcheted up the likelihood of those things coming true. I am reproducing the piece I just wrote on FB about Tulsa and some UK developments:


GETTING AWAY WITH MURDER: GOOD COP, BAD COP
Hands Up! Apparently, the universal signal of surrender, of passivity, and, more pertinently, ‘of ‘I’m unarmed and even if I were carrying a weapon I couldn’t reach it with my hands in the air' – is no longer operative, no longer a guarantee of the person’s safety. Tulsa policemen ignored the fact that Terence Crutcher did this, had offered no resistance, or threat, and shot him anyway. Let’s not mince words, they murdered him in cold blood. Why? Who knows?
Within institutions whose officers are armed, whether civil or military, there will always be those who are drawn to the idea of legitimised violence, who are drawn to the idea of wielding power over the lives or deaths of others, with the blessing of the State. Some of those may be psychopaths. Others will be classic authoritarians with a high investment in the status quo and the maintenance of different groups in their ‘proper’ place in society. Others still, will be racist bigots, either for reasons of these personality factors or more often because they have been raised by more or less racist parents in communities where racism is the norm.
We have formerly given our police forces the benefit of the doubt: that these officers are outnumbered by ordinary decent officers, doing public service, often under great difficulties, with courage and responsibility. The murder of Terence Crutcher and the increasing number of shootings of black people in the US and the UK, not to mention the highly suspicious deaths in police custody, from Sean Rigg onwards, will perhaps be some kind of watershed. Video of a passive unthreatening black man with his arms up, being killed for no reason: it’s way beyond outrageous, it is utterly obscene. By the same token, while much less serious, the clip of the policeman’s frenzied attack on the British black guy’s car windscreen when he wouldn’t get out, shows an officer who has completely lost it. It seems very unlikely that the victim would still be in one piece if he had emerged into the officer’s red mist.
It is time to end the mealy-mouthed apologies and specious rationalisations of Chief Constables and PRs wheeled in to smooth things over with the public: ‘the officer thought the man had a gun; thought he constituted a threat’. Evidence? Evidence of arms, evidence of intent not anxious surmise, so shoot first just to be on the safe side.
Any one of these awful incidents may be explained away. But cumulatively they add up to a picture of policemen on both sides of the Atlantic literally ‘jumping the gun’, through prejudice, through fear, or simply a knee-jerk, reflex reaction that is becoming more and more common, the first not the last resort. If you or I do serious wrong, we go to jail. It is looking as though the police effectively have a special immunity, and it is only when that privilege is removed and policemen are jailed for these killings that any notion of justice – and public confidence will be restored.

Posted by David Milner at 03:40 No comments: