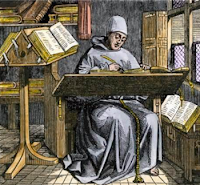 I am a man of letters. Not in the sense of being some kind of literary figure or scholar (‘could do better’ has been the verdict on those efforts). However, a lot of my conscious life has been spent reading, or putting letters together into words, sentences, paragraphs and pages, articles and books, and now a play; not to mention the oral version, in lectures, seminars, tutorials, conference papers and speeches at funerals or weddings. Where would I have been without them? Stuck for something to do, I suppose, though music, football and woodwork have been equally satisfying, at times. Originally I thought that a Man of Letters was someone who wrote a lot of letters to other men of letters, which they did, of course. Or possibly it referred to the number of letters after their name, their degrees and qualifications. I did do quite well on that score, eventually, particularly if I included THFC, AA, BBC2, C4, UK and OK. Then there’s the question of my acquaintance with French letters: something which is best left unexplored here.

Looking back, this path seems to have been inevitable: education in good primary and secondary schools in the 50s and 60s in a middle class area of North London, reinforced a respect for language that had already been instilled by a highly intelligent father who devoured The Guardian whole, every evening (though to my knowledge, he only ever read one novel - Portnoy’s Complaint -  which I got him to try and tempt him into fiction,with laughter and inspired smut). It didn’t work, but then most novels would be a bit of a disappointment after that masterpiece.

That era, in the late 50s, before television exerted its stranglehold on leisure time, now in turn demoted by gaming and the Net, was prime time for children’s reading. Good middle class children were read to every night, long after they could do it themselves. It was a comforting ritual of one-to-one, exclusive, quality time with a parent who was warm and fond, a reassuring base to touch every night. My generation filled this space with Winnie the Pooh; my daughters’ version was Where the Wild Things Are, and Dogger, then an entirely innocent title. Books were loved, re-read endlessly, because of their comfort-value. It was a huge leap from this to adult fiction: there was no literature for teenagers as such, because teenagers had not been delineated as a separate species. They existed as a phase between childhood and adulthood, had spots and tantrums, but were soon assimilated to the adult world by dressing them in clothes identical to their parents’, who also dominated the 'radiogram', with Bing Crosby records.

For example, at my grammar school, because of the hangover of habits from post-war austerity, sixth formers did not have to wear uniforms, to spare their parents the expense of buying blazers which would only be worn for a year or two. The result was that the 17 year- old boys did not come to school in Italian suits and winkle-pickers, as they wished, but the uniform of middle-aged men: checked tweed sports jackets, cavalry twill trousers, all in mushroom brown or lovat green; the more daring might have an open-neck shirt and affect a cravat, still scented by their father’s ubiquitous Old Spice.

Happy, peaceful days, on the surface. But there was an undercurrent, becoming a groundswell, of changing attitudes amongst teenagers and others. It was seeded by rock’n’roll, and in the UK by a complacent, patriarchal Conservative government which believed itself to be born to rule, and thus indulging its worst vices: call-girls, corruption and the conviction that they could do anything and get away with it, fix it or suppress it with libel actions. Wrong. Where were ‘the letters’ in all of this? They were shaped into Private Eye, That Was the Week That Was, The Establishment club, The Liverpool Poets, and the ‘Kitchen Sink’ novels, plays and films: young avant garde authors like John Osborne and Alan Sillitoe produced gritty social realist plots, featuring the working classes, sometimes even from a working class perspective, and delivered an electric shock to the dahlings of West End theatre and the well-elocuted Rank starlets of the showbizzy film industry.

Within the space of a few years a critical counter-culture had developed. Satire became a growth industry and lacerated its ruling class targets. The obscenity trials of Lady Chatterley and Oz comic held the justice system up to ridicule (Judge: “But would one want one’s servants to read this material?”) and for the rulers, the suspicion that there was an earthquake coming grew: seismic rumblings spelling out no respect, revolution, the dreaded socialism – or at least a Labour government, was threatening.

Slowly the letters began to spell out The Writing on the Wall for the culture of the older generation. In a way it was sad, they were a generation who had gone through World War I as children, the General Strike, The Depression, unemployment in the 30s, got hurt or slaughtered in World War 2,  survived post-war austerity (that is, real austerity, not Osborne’s austerity-lite) only to find that just as the PM was assuring them they’d ‘never had it so good’, the younger generation was putting the boot into everything they valued, having first kicked the chair and pulled the rug from under them. It was a hard landing.

An early symptom of a counter-culture was the Folk Music revival: one half the ear-cupping British traditonalists like Ewan MaColl, but who mixed in gritty industrial ballads (‘Dirty Old Town’) with the rural fol-de-rols of fairs, hedgerows and love in the haystacks. The other half was American-influenced, trade union ballads and the travelling songs of the hobos riding the railroad cars; all very authentic, lonely and hard-bitten, but the British hard travellin' men, under cover of darkness, returned home to Epsom or Barnet, and their job in the Town Hall as usual.

America had been quicker than England to vest some importance in song lyrics and use them to proclaim a message. While mainstream music still rhymed moon with June for decades, there had been folk song lyrics which protested human rights issues in a tradition which came from Woody Guthrie, through Pete Seeger to Bob Dylan (I’m not really counting Peter, Paul and Mary who were very nice, but really more like ‘lounge protest’ in DJs and a cocktail dress: good lyrics from other people, and more sugar than Coke. In the UK the folk music tradition was more like the music version of Morris dancing. The single figure which put protest songs on the map, united the traditions and provided the libretto for Civil Rights and anti-war protests was Bob Dylan.


He and the Beatles provided the vocabulary for 20th Century music from 1962 onwards: it was often a kind of poetry in the language of experience, including the experience of the oppressed, not just the drive-in movies.

To be continued: you can wake up, I’ve finished for now… 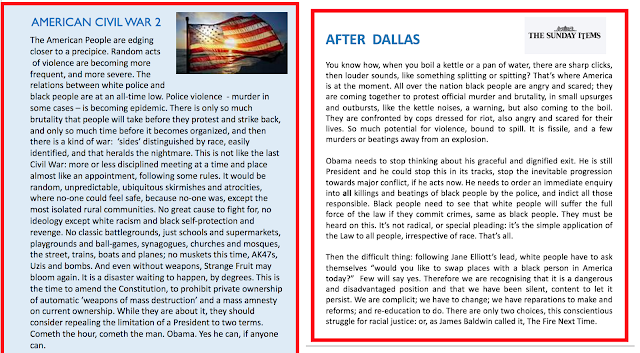 I wrote these two pieces for Facebook recently. There was virtually no response from anyone, which surprised me, given the importance of the issue and the fact that I'd voiced strong opinions which some people would be likely to disagree with. So I drew attention to this: 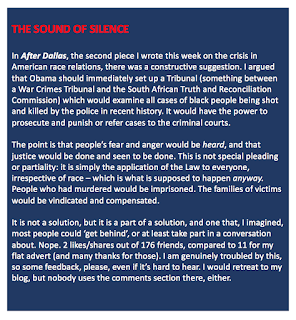 Still little response, which was odd given that a Martin Luther King quote that I posted at the same time. which was accidentally appropriate, received several likes and shares. 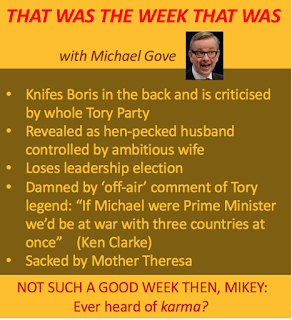 www.thestandupchameleon.blogspot.com
THE SUNDAY ITEMS: midweek edition (it'll all be history by Sunday) 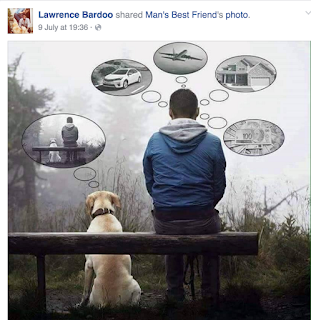 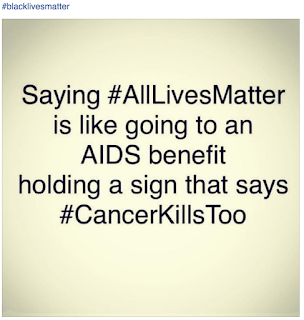 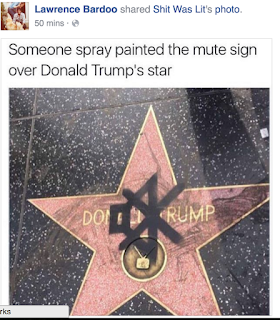 A weekly series of gripes, grumbles, and sour grapes from a misanthropic Grumpy Old Man, who prefers to remain anonymous. Two which should be relegated to the Room of Shame, for starters:

Very elderly men in suits or jackets, wearing trainers; young men in suits, wearing baseball caps. They don't go together, they are a contradiction in terms, they clash, they suggest opposites, they are antagonistic, they highlight the old man's fragility and the young man's immaturity: they should be banned. 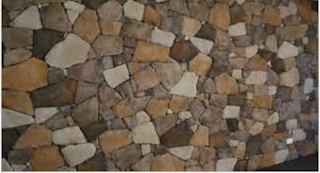 Stone cladding: the most ghastly product in British architecture and design since the beginning of recorded history. Covering your house in pre-fabricated multi-coloured sheets of synthetic material is not going to conjure up a fairy-tale country cottage, particularly on the North Circular near Neasden. You can picture some toxic factory on an industrial estate in Walsall where the owners chortle as they count  the thousands of pounds they have charged  each gullible householder who expected home improvement but got an irrevocable eyesore. 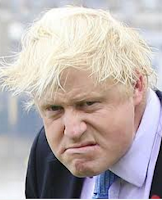 Be honest, you feel better now...