I was suborned into seeing this last night under the impression it was  God’s intervention in the US presidential election: turning Donald Trump into a baby elephant. But no, it’s about Senator Joe McCarthy’s House UnAmerican Activities Committee, convened to investigate the penetration in American Life of Communism in the paranoid Anti-Soviet Cold War/Korean War hysteria of the early 50’s. In the drama-doc style, it is a brilliant invocation of that era. The Committee focused on the entertainment industry, because of the increasing influence of film and television. It subpoenaed witnesses to testify against suspected communists whether they were friends, colleagues or strangers. It was bitterly divisive of the community because some betrayed each other, while some went to jail rather than do so. While taking notes from the Spanish Inquisition  it used character assassination rather than the real thing; nevertheless, there were deaths from suicide, stress-related illness, alcoholism and tobacco, amongst the besieged suspects. Many were blacklisted and lost their jobs, some never worked again. Dalton Trumbo, a celebrated screen writer, stuck to his guns, betrayed no-one, went to prison and emerged to write by proxy using other people’s names, for a fraction of his previous earnings; eventually he won Oscars, in his own name. 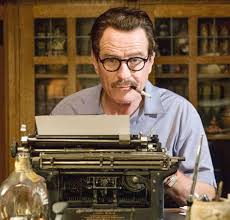 The film is well cast; Trumbo is brave, but flawed and not Hollywood-earnest. John Goodman has a show-stealing cameo and Helen Mirren is riveting as the legendary acid-tongued gossip columnist, Hedda Hopper, who is decidedly on the wrong side of the debate. The costume designers had a ball with her outfits, and the men’s lurid 50s ties and shirts are covetable. 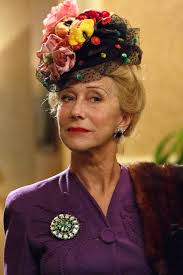 In a sense there’s nothing new in the film. We are reminded, however, that Richard Nixon, served with the Committee, John Wayne and Ronald Reagan co-operated with it, and witnesses like Bogart and Bacall languidly and sardonically appeared before it showing passive contempt and  somehow emerged unscathed. It was a horrible time and it is good that it has been revisited in a form that is accessible to many people who weren’t around then. I do remember my father telling me about it later in the early 60s with an expression on his face that mixed sadness and disgust. McCarthy and the Committee soiled a whole generation, and still leave a bad taste in the mouth.

Highly recommended (and absolutely no baby elephants in the Committee room).

Last week I went to Oakwood where I had spent nearly all my childhood. Oakwood is a satellite of Southgate, with its ‘circus’, one which was remarkably thin on elephants. 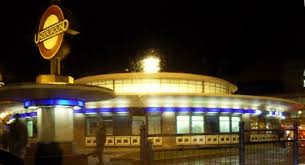 Oakwood is pure suburbia, road after road of comfortable, semi-detached 30s houses, mid-size, well-built nests for the irredeemably middle class. On Thursday in blinking bright sunshine after days of grey dampness, with more to come, Oakwood Park looked great, sparkling and green, and quite the rural idyll it aspired to be.  Back in the day, we took it for granted: there it was at the foot of our garden, and all its playspaces, logs to climb on, playgrounds and sports fields, paths to cycle, jaw-breaking tuppenny chews from the kiosk, and amateurish child-abusers (see FESS, Chapter 11 ) were a given landscape which was part of the natural order of things: we needed them, they were provided. What else are middle class parents and the Councils they elect for?

Parking the car near the park gates (in front of the almost unrecognisable former family  home  (-  double glazing? replacing the Deco stained glass panels? Betjeman would probably have vomited), I watched the entry-level yummy-mummies walk the kids to schools or minders then take their dogs a few yards into the park where they assembled, and exercised their vocal cords more than their black labs. I could see the attraction in a way that I didn’t as a teenager. Still, now as then, it seemed a little smug, self-satisfied and stifling. Look at us, we’ve made it, to a degree, in our safe island, far from the madding crowd.

In the 50s and early 60s the area was resolutely Conservative: Sir Beverley Baxter held the seat, an old Tory grandee with a majority of 36,000. Of course he did, there were very few council estates or hobbled Edwardian terraces, and absolutely no non-whites. (You probably think I’m going to say that now it’s as cosmopolitan as anywhere else, but I’m not. It is certainly more multiracial than it was, and there are fewer burning crosses, but Jeremy Corbyn probably has two supporters in Southgate including his aunt). 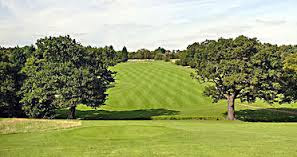 So as political consciousness dawned in adolescence, I quietly seethed. I didn’t fit and I plotted my escape while also seeking refuge and relief in CND, folk music and Bob Dylan, while (mostly) privately railing against my parents having sought this very soft option, and perhaps betraying their working class roots.  After all my mother was only two rungs away from her grandmother being ‘in service’ with the Huxleys in Highgate (I suppose if you’re going to be a servant, you couldn’t have a better posting than that); and my father was one step away from Lithuanian Jewish peasantry, illiterate in English. But of course that is precisely why they revelled in having arrived, unbidden, in the heart of the middle classes, and it was a considerable achievement that neither of them would have dreamed of in their childhood. Here they were, nice house, lovely park, good primary schools, two excellent grammar schools, a hospitable hospital down the road, very little crime.  What more could you ask for?

At the time I didn’t suit me, but it was perfect for them. Now I could appreciate the ease and tranquility of the place, and much else. Driving back to Willesden afterwards, I was thoughtful and slightly wistful. Then I remembered a cushion I’d seen in a furnishing shop in New York, which was maroon velvet and embroidered on it was the inscription: “Mirror, mirror, on the wall, You’ve turned into Mother, after all.”

Presenting Craig Proclaimer and Charlie Proclaimer. As Private Eye would have said: 'Are they by any chance related?' 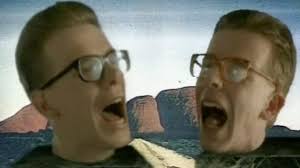 Tottenham beat Watford 1-0 yesterday despite a catalogue of decisions, as capricious as they were myopic, by a referee born in South Herts (but within the M25), clearly with heavy debts to a number of Hong Kong betting syndicates. Spurs fans reeled out of the ground, the team having leapfrogged their rivals Arsenal, to 2nd in the Premier League table. Many suffered vertigo from this elevated altitude; others asked passers-by to pinch them to return them to reality.  Six wins on the bounce: how has this happened, they asked? Soon we’ll be as boringly consistent as the Arsenal, and win something. When are we ever again going to stroke the ball around in a desultory way, do a bit of flashharryness, and then lose 1-0 in time added on, giving some relegation strugglers their first win of the season - all because of a schoolboy error in defence by some bonehead whose mind wandered to the night’s clubbing up West. So 36,000 fans go home. kick the cat, and still watch it on MOTD – and again in the morning. Weird, it’s not right, gotta be something to do with global warming,  I reckon.

POST OF THE WEEK (Sorry, I'm fresh out of cats and dead elephants) 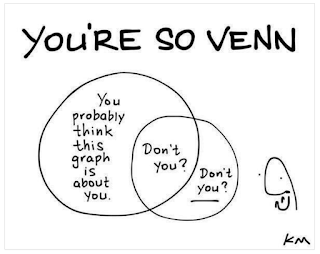 Have you noticed how every laptop you see on TV dramas, series, or whatever, is an Apple  Mac?  You can’t miss it, with its large illuminated logo on the lid. The other 20-odd PC manufacturers are nowhere. And yet, to take one example, none of the cast of East Enders have an iPhone. All you can see in Albert Square is Samsungs, though it used to be Nokias. Very odd. 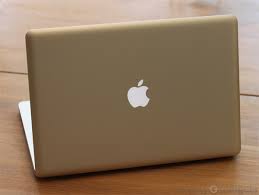 It must be product placement, by which major companies ‘bribe’ or just ask very nicely for their products to be featured, perhaps supplying free bits of their kit, as a thank-you. It is a form of advertising, probably successful for being subtle and not in-yer-face repetition. But I do believe that it contravenes the BBC Charter, which is why presenters tie themselves in knots, not-mentioning brand names, flinch like a reflex when interviewees do, and fly to the formulaic ‘other brands are available’ like a sticking plaster.

I have no objection to all this but spades should be called spades, and not qualified by ‘other  kinds of digging implement are available’. It is good if extra revenue is generated, so long as it is spent on programmes, not further executives’ six-figure salaries (more than 300 people, according to the Telegraph). But can we have some ‘glasnost’ about this. Freedom of Information request, anyone? 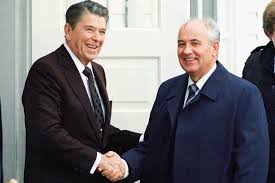 "The Soviet Union is very bureaucratic. Everything takes ages to get. It has been very difficult for ordinary people to get a car, for example. Only one in seven family have cars. You have to save up all the money, then you take the money in cash to the Office and register your purchase,  and fill in loads of forms. So this young man does all of this, and then the Official says ‘Fine, you will get your car in 10 years time’. The young man says ‘morning or afternoon?’. The official says ‘what’s the difference, it’s ten years away!’. Young man says “I need to know: the plumber’s coming that morning’."